A brief history of America’s climb out of the slime, and its return to the muck

Starting with Lincoln, the U.S. rid itself of slavery, but not racism and segregation.

The next move out of the slime of suffering caused by corruption and greed for most of the people was when VP Teddy Roosevelt became president in 1901 after the assassination of President William McKinley. He broke the monopoly trusts of Standard Oil, the coal industry and the railroads, etc. through 40 lawsuits, and he launched the conservation of natural resources in addition to setting aside 125 million acres as national forests. He later added 85 million more acres in Alaska and the Pacific Northwest. When the labor unions were threatened with extermination through legislation and corporate pressure, Teddy supported the existence of the organized, democratic labor movement.

In 1900, 40 percent of Americans lived in poverty; the average lifespan was 46.3 for men and 48.3 for women, 7 percent of 17/18 year olds graduated from high school and only 3 percent went to college. Last year more than 80 percent of 17/18 years olds graduated from high school on time and the U.S. is the 4th ranked, most educated country on the planet with almost 3 college grads for every job that requires a college degree. With the publicly funded privatization of public education for the growth of profits and wealth and the use of high stakes tests to rank both teachers and children and then punish them both when the scores are low, the golden era of public education is about to end.

With FDR we got Social Security, won World War II, and started the climb out of the Great Depression with his public works projects to put Americans back to work.

In 1920, American women got the vote after struggling for more than a century.

The Fair Labor Standards Act of 1938, which for the first time set national minimum wage and maximum hour standards for workers in interstate commerce, also placed limitations on child labor. In effect, the employment of children less than sixteen years of age was prohibited in manufacturing and mining.

The share of national income was divided up more equitably between the top 10 percent and the other 90 percent between 1942 – 1985 when that ended during the Reagan presidency. Today the wealthiest 10 percent have almost half of the nation’s income.

We can blame Eisenhower for the birth of the military industrial complex that sucks more than $600 billion annually from taxes that adds the most to the national debt without really benefiting many Americans from the working class.

President Kennedy signed executive orders prohibiting racial discrimination and laid the groundwork for the Civil Rights Act of 1964. For that, he was assassinated. Then LBJ led the war against racism, segregation and poverty in the United States.

The evil has always been there, and President Ronald Reagan is responsible for successfully turning America back to the slime of corruption and greed that comes with corporate capitalism, and it was launched with his trickle-down economic policy known as Reaganomics where the wealthiest Americans piss on the rest of us whenever they felt like sharing a snippet of their hoarded and sheltered wealth.

A President Trump will finish the job and do his best to return America to where it was before Abraham Lincoln freed the African American slaves and Teddy Roosevelt became president followed by FDR and LBJ. That’s what Trump means by making ‘America Great Again’.

The Golden Age of the United States as a republic without slavery or servitude and with a participatory democracy for men and women lasted for about 43 years give or take a few years depending on individual perceptions.

The final nails in the coffin were Citizens United and the rise of Trumpism.

Without Hillary Clinton (HRC) making it to the White House and appointing the next Supreme Court Justice, the Golden Age will be dead and buried. Long live the Golden Age of America. Regardless of what anyone thinks of HRC, she has a long record of working hard to improve women’s rights and the quality of life for children. Donald Trump has done nothing but cheat others, lie and bully anyone that gets in his way. There is no way anyone can deny this, because Trump’s own history in business is littered with the evidence of his corruption, bankruptcies, narcissism, bragging, and greed. And anyone with ears and eyes knows that Trump is a misogynist when it comes to women. Can anyone find anything of significance that Donald Trump has done to help others, and if he did anything, how many benefited and for how long?

Politico.com reports what HRC has accomplished during her political career, something few know because of all the negative, hate-media propaganda focused on Hillary 24/7:

No wonder Russian’s Putin and North Korea’s Kim Jong-un have endorsed Donald Trump for President and added to the mudslinging, lies and misinformation about Hillary Clinton. 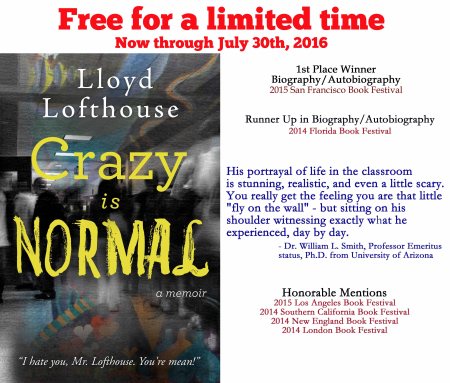