The U.S. House of Representatives recently voted 289 to 136 to block Syrian refugees from entering the United States, because of the ISIS terrorist attack in Paris that killed 129 people and wounded many more. – The Telegraph

What about innocent until proven guilty?  The concept that we are innocent until proven guilty is not codified in the text of the Constitution. Instead, it has been part of the history of English jurisprudence for so long that it is considered common law. The concept is embodied in several provisions of the Constitution, however, such as the right to remain silent and the right to a jury. If you are interested to learn more about things that are not in the U.S. Constitution, visit usconstitution.net.

Anyway, this post is not about the Constitution. It’s about the recent tragedy in Paris and how too many Americans are reacting to it by wanting to reject Syrian and/or Iraqi refugees who are fleeing the brutal tyranny of ISIS and/or fundamentalist Islam.

For instance, Robert Reich reported that “Donald Trump said on Thursday that he would not rule out implementing a database system tracking all Muslims in the United States—including Americans of Muslim faith. … While Donald Trump is mimicking Nazi Germany, his fellow Republicans are trying to outdo him. Jeb Bush and Ted Cruz want to apply a religious test to refugees. Marco Rubio wants to ‘close down any place where radicals are being inspired,’ including mosques. This is spinning out of control, and it’s time to draw the line.”

Let’s not forget that the United States has its own breed of fundamentalists who call themselves Christians. Then there are the disturbed Americans who go on killing sprees in schools, theaters and shopping malls.  If you want to discover how many, click List of school shootings in the United States or read The Guardian’s Oregon college shooting is 994th mass gun attack in US in three years

When these mass shootings take place in the United States, depending on the body count, there will be the usual cry for more gun control, but did you know that Paris was a gun free zone with one of the toughest gun control laws in the world?

In addition, the number of hate groups operating in the United States continued to rise in 2008 and has grown by 54 percent since 2000 — an increase fueled by immigration fears, a failing economy, and the successful campaign of Barack Obama, according to the Southern Poverty Law Center (SPLC). The SPLC identified 926 hate groups active in 2008, up more than four percent from the 888 groups in 2007 and far above the 602 groups documented in 2000.

“Many white supremacist groups are going more mainstream,” said Jack Levin, a Northeastern University criminologist who studies hate crime. “They are eliminating the sheets and armbands. … The groups realize if they want to be attractive to middle-class types, they need to look middle-class.” Levin estimated fewer than 50,000 people are members of white supremacist groups, but he says their influence is growing with a more sophisticated approach.” – civilrights.org

And then there’s this from the New York Times: Homegrown Extremists Tied to Deadlier Toll Than Jihadists in U.S. Since 9/11 (published June 25, 2015)

“Law enforcement agencies around the country have told us the threat from Muslim extremists is not as great as the threat from right-wing extremists,” said Dr. Kurzman, whose study is to be published by the Triangle Center on Terrorism and Homeland Security and the Police Executive Research Forum. …

“The contentious question of biased perceptions of terrorist threats dates back at least two decades, to the truck bombing that tore apart the federal building in Oklahoma City in April 1995. Some early news media speculation about the attack assumed that it had been carried out by Muslim militants. The arrest of Timothy J. McVeigh, an antigovernment extremist, quickly put an end to such theories.

“The bombing, which killed 168 people, including 19 children, remains the second-deadliest terrorist attack in American history, though its toll was dwarfed by the roughly 3,000 killed on Sept 11.”

I do not want to see the United States repeat the horrible mistakes made to the Chinese during the era of the Chinese Exclusion Act (1882 – 1943), or the relocation of Japanese-Americans into internment camps after Pearl Harbor and during World War II, or the witch hunts of alleged Communists during the McCarthy era in the 1950s. – ushistory.org

When we start down the road of fear and/or hate, then we are not all that different from what the Nazi’s did with their concentration camps during World War II, or the ethnic cleansing during the Bosnian war, and so many other examples throughout history.

“Let’s not forget that Malala Yousafzai is a Muslim. We can NOT paint all Muslims with the same brush that defines ISIS.

“Yousafzai’s story reveals the everyday details of a battle that millions of Muslim girls around the world are fighting every day. It is a in which the threats of violent extremists must be borne with courage, even when they do not yield fame or notoriety; in which there are fathers, brothers and husbands who support women’s struggle; in which faith strengthens resistance and culture undergirds identity. Their battles for emancipation have authentic vocabularies all their own that communicate paths for empowerment that at some times intersect and at others veer from the paths of their traditions. Their victories lie not in renunciation but in resistance and reclamation of faith, culture and public space.” – aljazeera.com 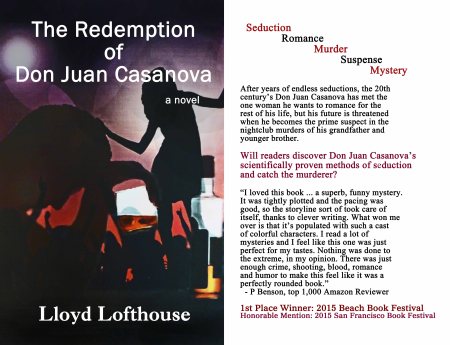