The evidence says Governor Rick Perry of Texas started this myth in 2011, and an old friend I have known for almost sixty years swallowed what Perry said and thinks that Social Security [SS] is a Ponzi Scheme.

And nothing short of God appearing, who then tells him he’s wrong, is going to change that old friend’s opinion, because he heard it from his favorite guru, Dennis Prager, a conservative radio talk show host, and—the proof—in 2011, soon after Perry said it during a televised debate, Prager referred to Social Security as a Ponzi scheme.  – Maverick Philosopher

Knowing that this old fool will probably never change his mind—unless God intervenes—I want to appeal to anyone who doesn’t have a mind like a concrete wall and  who is willing to listen to the evidence that SS is not a Ponzi Scheme.

First, I turned to Snopes.com.  “Social Security isn’t a savings plan or an investment scheme; it’s an Old-Age, Survivors, and Disability Insurance (OASDI) program intended to ensure that Americans are guaranteed a minimum monthly payment in their non-working years. As with all insurance programs, some people will eventually receive less than they paid in, and others will receive more.”

Next, I found this at Forbes: No, Governor Perry, Social Security Is Not ‘A Ponzi Scheme’

Forbes Magazine explained why Perry was wrong—“It is underfunded and badly needs to be modernized but even if Washington does nothing, young people will receive three-quarters of their promised benefits.”

Forbes continues, “Perry is, of course, pandering to the hard core conservatives for whom the Ponzi scheme line is akin to theological text. … There is no evidence that it is true, but it sounds so good it would be a shame to stop saying it.”

And, why is SS in trouble? The Gateway Pundit explains, “For most of its 75-year history, the program had paid its own way through a dedicated stream of payroll taxes, even generating huge surpluses for the past two decades. But in 2010, under the strain of a recession that caused tax revenue to plummet, the cost of benefits outstripped tax collections for the first time since the early 1980s.”

In addition, if we want to fix SS, MPR News says, “If lawmakers are serious about getting federal spending under control … relatively small tax increases and benefit reductions for future recipients could shore up Social Security for the foreseeable future.”

If you run into another fool like my old friend, you now know how the myth started and the facts that prove the myth wrong. But don’t expect a fool to change his mind regardless of the evidence.

By the way, SS was in trouble in the early 1980s, and guess who fixed it back then? President Reagan. It seems that nothing works perfect forever and little fixes are occasionally necessary just like a car will eventually need a tune up. 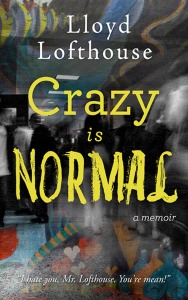