How does an author build an Internet platform to attract readers to his or her work?

Here’s how I did it and it seems to have worked for my first three novels:

I launched iLookChina.net (my first proper Blog after taking three workshops on the subject), the platform for my first-three historical-fiction novels set in 19th century China. Instead of writing about the writing process and my angst as a writer, as I have discovered many authors do with his or her Blog/s, I focused on topics about China and the Chinese.

Does that make sense?

Here are the results:

I launched iLook China.net near the end of January 2010. Since launching the Blog, I have posted more than 1,500 articles about China and the Chinese.

However, my first novel, My Splendid Concubine was released December 2007.

What do these numbers say? Answer: It is crucial for an author to identify the interests of his or her potential readers before building and branding a proper Internet platform.

For example, if an author publishes a cookbook, he or she should consider a Blog about food.

There is more to building an author Internet Platform than just launching a Blog. For example, in 2008, I was a guest on 31 radio talk shows (only one was a Blog radio station) and I have linked from my Website to a few of the reviews that were converted to podcasts.

Recently, actually this morning (as I worked on this series of posts), I read a piece by David Vinjamuri for Forbes.com called Publishing Is Broken, We’re Drowning in Indie Books – And That’s a Good Thing.  It’s a long piece but worth reading for anyone that wants to learn about the current state of publishing. Near the end of Vinjamuri’s six-page on-line article, he says that Indie books must get reviewed, and from the start back in 2008, getting reviews was one of my goals.

I do not pay for reviews, but I have been on three Internet book tours of my work and I paid publicists to organize these Blog tours, which generated maybe 50 – 60 reviews. Most were positive. A few were not. I also submitted my work to literary contests and lost more than I earned some recognition in.

The most valuable reviews came from Writer’s Digest judges (my work has had two); The Midwest Book Review (three); City Weekend Magazine in China; and Historical Novels Review Online—all reputable, established media sources linked to traditional publishing, and this is the quality of reviews/recognition for Indie work that Vinjamuri says Indie authors need to prove credibility equal to that of traditionally published authors.

I belong to other on-line social networks such as Facebook, Twitter, Historical Fiction eBooks, and the Independent Authors Guild to name a few where I spend time commenting in chats, etc.

One fact for sure: there is NO guarantee that anything an author does will attract a sizable reading audience.  In fact, there is no guarantee that the Blog/Internet platform I’m building for my next novel, Running with the Enemy, will succeed in finding readers interested in that story.

Unless an author belongs to the rarified A-list of the most successful authors that have sold hundreds of thousands or millions of books, each book an author publishes is another venture into the unknown. For example, one of the most successful Indie authors is Amanda Hocking, and it took her about nine years of hard work building her platform before she graduated to the A-list that most authors will never join.

In conclusion, I want to share a few more depressing thoughts—According to Mental Floss, Where Knowledge Junkies Get Their Fix, in the United States:

1. One-third of high school graduates never read another book for the rest of their lives.

3. Eighty percent of U.S. families did not buy or read a book last year.

4. Seventy percent of U.S., adults have not been in a bookstore in the last five years.

5. Fifty-seven percent of new books are not read to completion.

Then, according to a 98-page, 2007-study by the National Endowment for the Arts, reading is declining as an activity among teenagers.

1. Less than one-third of 13-year-olds are daily readers.

2. The percentage of 17-year-olds who read nothing at all for pleasure has doubled over a 20-year period.

5. Literary readers are more than twice (43%) as likely as non-readers (16%) to do volunteer or do charity work.

6. Deficient readers are far more likely than skilled readers to be high school dropouts. Half of American’s Below-Basic readers failed to complete high school—a percentage gain of 5 points since 1992.

Now, do you understand why writers and authors have to promote to find his or her readers? 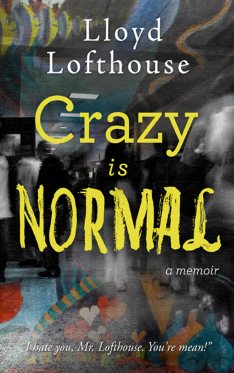