Over the decades, I’ve met many writers that planned to write a book, publish it and reap fame and fortune. At least that appears to be what most believe.

In reality, this belief is the same as tying fifty-pounds of iron to an infant then throwing the three-month-old child in the ocean expecting him to swim ten-miles to shore.

Back in 1968, when I wrote my first book-length manuscript and found an agent to represent it, who found an interested publisher, that’s probably what I thought too—at first.

The wake-up call to reality was traumatic because that deal ended in rejection. The publisher had a budget to publish one new author and someone else earned that slot. If it was any consolation, I was one of the finalists and reached second place, but only first place signed the publishing contract, which explains why this series of post is specifically written for writers (want-to-be authors) and authors (already published—it doesn’t matter how: traditional, indie/self-published, or vanity), who may be wondering where all the readers are hiding after the bubble that held the dream of fame and fortune popped.

First, it helps to know how many books are competing for the attention of people that read.

In August 2010, Google reported there were 129.8 million unique books in the entire world. I’m not talking about the total number of books printed. I’m talking about unique titles. The number printed is in the billions.

For example, The Hobbit and The Lord of the Rings by J.R.R. Tolkien has sold more than 250 million copies and that’s for a few titles.

How about a few more examples?

Anne Rice’s The Vampire Chronicles have sold about 80 million; J. K. Rowling has sold more than 400 million, and Harper Lee’s To Kill a Mockingbird, one title, has sold 30 million in fifty-two years.

Such success is a great motivator sort of like hearing that someone won a few hundred million in a lottery. However,  if you read the small print on the back of a lottery ticket, the odds are usually 20 million to one or worse.

How about books and publishing? What are the odds? The answers to these questions are more complicated.

According to Nielsen Bookscan, the average U.S. book is now selling less than 250 copies per year and less than 3,000 copies over its lifetime, and it doesn’t help that the competition is getting more crowded annualy.

In April 2010, Smashwords reported, “A staggering 764,448 titles were produced in 2009 by self-publishers and micro-niche publishers …”

With all of those new titles coming out annually, who reads them and what do they read? 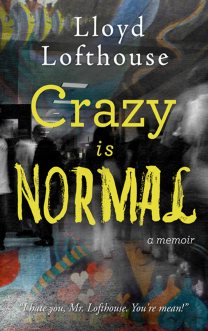