Would you buy your child a costume so they could snort cocaine or worse?

While I enjoy seeing kids and adults in cute Halloween costumes, I abhor the TREAT factor of Halloween. As an ignorant child and teen, I went trick or treating, wore costumes, and went to Halloween parties.

And as a teacher in the early 1970s, I dressed in a dark suit, and wore a Richard Nixon mask to school.  All day I flashed the two-finger victory salute with my hands and said, “I’m not a crook.”  My students loved it.

Then in the early 1980s I changed my lifestyle drastically and became health conscious. That was the last time I gave out unhealthy sweet treats. First, I gave out small boxes of organic raisins until a child’s mouthy mother accused me of being cheap, because I didn’t hand out treats loaded with processed sugar: those bulky bags full of miniature Snickers, Twix, M&M’s, Juicy Fruits, Tootsie Rolls, Oh Henry!, Butterfinger, Starbursts, Hershey’s, Reese’s, Skittles, Kit Kat, Milky Way, etc.

Thirty years of teaching kids that consumed too much sugar is another reason why I stopped handing out sugar drenched treats on Halloween, because I witnessed what too much sugar did to my students: too much hyper energy; then lethargy leading to inattention and mood swings. It’s a real challenge to teach a student who drank a sixty-ounce Pepsi for lunch and comes to class with eyes glazed over and no energy.

In fact, many children and teens of today even hate drinking water because it isn’t sweet, and that is because they are addicted to the sugar. Forbes.com reported, “Research supports the theory that high-fat/high-sugar foods stimulate the brain in the same way that drugs do,” (Neuroscientist Joseph) Schroeder said. “It may explain why some people can’t resist these foods despite the fact that they know they are bad for them.”

Most people think that heroin and methamphetamine are the most addictive illegal drugs, followed by cocaine, pentobarbital, nicotine, alcohol and caffeine, and they don’t know that sugar should be on that list too.

Sugar is addictive and destructive. When the researchers “used immunohistochemistry to measure the expression of a protein called c-Fos in the brain’s ‘pleasure center,’” they found that “the Oreos activated significantly more neurons than cocaine or morphine.”

In addition to being more addictive than cocaine or morphine, sugar is a killer?

According to a report from the Centers for Disease Control (CDC), kids are getting way too much added sugar in their diets and that could raise their risk for obesity and chronic diseases. “Consuming added sugars has been tied to an increased risk for heart disease among adolescents and cholesterol problems.”

Diabetes affects all parts of the body, particularly adult onset diabetes. If left uncontrolled, it becomes a killer, which destroys every organ in the body including the heart and brain.

According to the American Diabetes Association, “Diabetes is a disease that affects the whole family, especially when a child is diagnosed.”

Don’t expect the sugar industry to stop advertising and selling sugar products. The leading companies that produce and sell candy and soda employ more than 47,000 workers and have annual revenues of $49 billion. This industry spends millions of dollars on lobbying in Washington DC to stop any proposed consumer protection regulations. Source: IBIS World.com and Sunlight Foundation.com

It’s obvious that what’s called Confectionary Wholesaling, the sugar industry, doesn’t want anyone to know how dangerous their products are.

Maybe it’s time to take the sugar out of Halloween and just keep the costumes and healthy activities. Until parents wake up and fight back, my house will stay dark with locked doors that don’t open to anyone on Halloween, because I don’t want to contribute to someone else’s poor lifestyle choices. 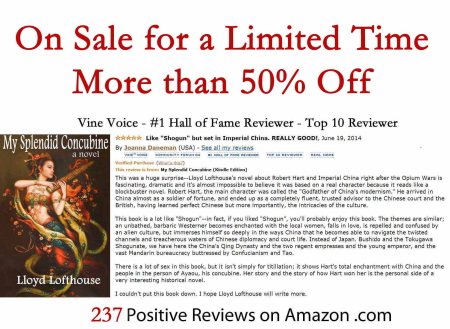