In 2010, the ABA’s Bookselling this Week reported, “Based on the two Verso surveys, which were statistically weighted to mirror the U.S. population age 18 or older, avid readers (those who spend five or more hours a week reading) comprise 28 percent of the population. These readers skew older into the Boomer cohort, and 63 percent – or approximately 39 million – are female. Importantly, actual book purchase behavior showed a similar pattern in the Verso survey, with avid readers buying 10 or more books a year. … Older Americans represent two-thirds of avid readers …”

If those numbers hold true today, that means there are about 63 million avid readers in the US age 18 or older reading an average of 10 books a year and there are about 3.3 million new titles to choose from if we do not count books published in previous years.

Stephen’s Lighthouse.com reported, “Bowker released its much-anticipated 2009 U.S. Book Consumer Demographics and Buying Behaviors Annual Report today, providing the U.S. book industry with the most complete consumer-based research on who buys books and why. … Women lead men in overall purchases, contributing 64% of sales. Even among detective and thriller genres, women top 60% of the sales. Where do men catch up? Fantasy titles are purchased evenly by men and women. … Americans like people. The biggest selling non-fiction genre is biography – auto and otherwise.”

“The Harris Poll surveyed over 2,000 adults online between July 11 and 18 … With questions focusing on reading habit, the survey revealed insights into the changes that e-Reading has had over the past year as well.

“The Harris Poll has also revealed that e-Reader users are also much more likely to purchase books. Thirty-two percent of Americans say they have not purchased any books in the past year, while only 6% of e-Reader users could say the same.

“Among those who say they read at least one book in an average year, 76% read both fiction and non-fiction. However in both these categories, certain types of books are on the rise. Among fiction categories, 47% of respondents read mystery, thriller and crime books; 25% read science fiction; and 23% read literature and romance. The remaining readers chose between graphic novels (10%), “chick-lit” (8%) and Westerns (5%).

“According to consumers, free chapters or sample giveaways had the largest impact on buying e-books.”

As you can see, tastes vary as do the number of books read annually from person to person. If an avid reader reads ten books a year and there are several million titles to choose from, what do you consider the odds are that your work will be one of those books? 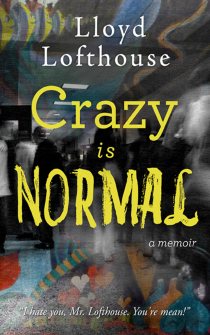