An extremist is a person who holds extreme or fanatical political or religious views that are very far from what most people consider correct or reasonable and that are highly disagreeable to the majority of the population.

Dementia is a general term for loss of memory and other mental abilities severe enough to interfere with daily life, and it is caused by physical changes in the brain.

For instance, what Oliver Sacks wrote in Speak Memory, February 21, 2013, in The New York Review of Books about our ability to edit and revise our own memories to fit whatever we want to think. Oliver Sacks says, “From the Inquisition and the Salem witch trials to the Soviet trials of the 1930s and Abu Ghraib, varieties of ‘extreme interrogation,’ or outright physical and mental torture, have been used to extract political or religious “confessions.” While such interrogation may be intended to extract information in the first place, its deeper intentions may be to brainwash, to effect a genuine change of mind, to fill it with implanted, self-inculpatory memories, and in this it may be frighteningly successful.”

Then there is Eight Ways to Identify Religious Brainwashing. In part seven of this eight part series, “Leaders who emphasize ‘Doctrine Over Person’ usually have dominant personalities and rigidly interpret biblical commands. Thus, while their language sounds spiritual, in fact they merely enforce their own preferences about how to live life.”

In addition, in 6 Brainwashing Techniques  They’re Using on You Right Now, we learn that “Every cult leader, drill sergeant, self-help guru and politician knows that if you want to quiet all of those pesky doubting thoughts in a crowd, get them to chant a repetitive phrase or slogan. Those are referred to as thought-stopping techniques, because for better or worse, they do exactly that.”

I have an old friend who is an extremist and I’ll talk more about him in part 2 and 3 and why he is against abortion, and doesn’t think global warming is caused by human activity.

One issue that has been raging since Roe V. Wade in 1973, is a woman’s right to have an abortion versus the mostly extremist religious Right-to-Life mob.

Gallup publishes historical trends in respect to the abortion issue—that refuses to go away thanks to the mostly religious extremists—and my old friend is one of them.

I think it is arguable that 78% is an overwhelming majority exposing the extremist minority of the Right-to-Life mob.

The use of brainwashing techniques is used by the Right-to-Life mob when they claim that “Abortion is murder, because it kills babies.”  Using “murder” and “babies” together in the same phrase is designed to arouse emotions and fool people—in effect, brainwashing them—but the truth is that babies are never aborted—zygotes, embryos  or fetuses are aborted, and they’re not babies, toddlers or children. In fact, after the sperm fertilizes the egg, life starts as a single cell zygote and divides several times to form a ball of cells called  a morula. By the 8th week, the embryo—that develops from the zygote by the 3rd week—measures ½ inch in length, and the organism called the fetus starts to develop at about the 10th week.

Let’s be clear, a fetus is not a baby! At one month—4 weeks—there is an embryo consisting of two layers of cells from which the organs and body parts will develop. At 2 months—8 weeks—the fetus is the size of a kidney bean. At 3 months—12 weeks—the fetus is about 3 inches long and weighs almost an ounce.

Did you now that a fetus doesn’t feel pain until the 20th week? Actually, it doesn’t feel much or any pain at all until delivery—as you will discover.

The reason why I’m writing about the issue of abortion is because of my old friend, who suffers from a mental illness called extremism caused by brainwashing and/or irrational dementia. When we argue the issue of abortion, the terms he uses most often are “babies” and “murder”.

How can you murder a fetus without a developed brain that can’t feel pain, has no memoires and couldn’t survive outside the womb? The definition for a human being says: a man, woman or child of the species Homo sapiens, distinguished from other animals by superior mental development, power of articulate speech and upright stance.

The fetus starts out looking like the alien from the Alien film franchise, but eventually the fetus will develop a human form. That does not mean it is a viable, thinking, feeling creature with an active memory. In fact, it is arguable that it is not until after the 30th week that the brain has developed enough to be considered a complete human.

The average unborn baby, while it is a fetus, will spend 38 – 40 weeks in the uterus.

When does consciousness arise in the human fetus? Consciousness requires a sophisticated network of highly interconnected components, nerve cells. Its physical substrate, the thalamo-cortical complex that provides consciousness with its highly elaborate content, begins to be in place between the 24th and 28th week of gestation. … What is fascinating is the discovery that the fetus is actively sedated—drugged—by the low oxygen pressure (equivalent to that at the top of Mount Everest), the warm and cushioned uterine environment and a range of neuroinhibitory and sleep-inducing substances produced by the mother’s body.

What does the Bible say about Abortion? OpenBible.Info lists 37 Bible Versus related to Abortion. Some—I’m convinced—will horrify you. For instance: Deuteronomy 28:53: “And you shall eat the fruit of your womb, the flesh of your sons and daughters, who the Lord your God has given you, in the siege and in the distress with which your enemies shall distress you.” Of course, the brainwashers will cherry pick versus they want their extremists to hear, and then tell them what to think. 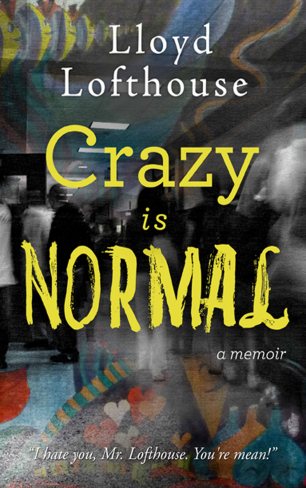