First, I want to tell you about an 8th grade student I home taught back in the early 1980s. I was teaching English full time at an intermediate school and was asked if I would home teach one of my students who was being treated for a brain tumor that would include surgery. Even at her young age of 13, she was already a top-ranked figure skater and had a chance to compete in the Olympics. The brain tumor ended all that.

About thirty years later, I heard back from her when I received an e-mail, and she let me know that she had survived the surgery, recovered, graduated from college, married and was living a full life. Because of the tumor, she never did get her chance to compete in the Olympics.

Now this comment arrives from Cathy Bacot, who I think lives in Florida.

Cathy says, My daughter is in 10th grade this year she has brain cancer; she is missing 80% of her cerebellum from surgery to remove a 5cm tumor when she was 4 years old; she cannot write or type proficiently because of her brain injury; she uses a gait trainer or wheelchair to ambulate; she has epilepsy; she has damage to her grey matter from 12 years of different chemotherapy treatments; she has expressive aphasia; ataxia; apraxia.

She is in school full time, she took the FCAT in 5th grade and scored a 4, she is very intelligent. She has a one on one para at school to assist her with physical as well as academic tasks. It took her 9 days to complete the FCAT reading test when she was in 5th grade. It was exhausting for her and she cried every morning before going to school to take the test because she did not want to sit alone in that class room another day and read and answer questions.

It takes her a very long time to read even though she knows all the words because she processes much more slowly than the average person. In the classroom she is allowed to use books on tape or have her para read long passages to her, but this accommodation is not allowed on statewide standardized tests. This year she is required to take the new ELA in order to qualify for a standard diploma.

She is a straight A student, she works extremely hard to maintain her good grades and deserves a standard diploma. We were told that even with all her disabilities she is required to take the test.

This year there is a writing segment included in the test which was not included in past years. She is expected to type out essays when they know that she is physically unable to do this. They said they would work on getting her a designated person that she can dictate to in order to complete this part of the test.

Can you imagine how that will go? Most people have a hard time understanding my daughter because of her apraxia, that paired with her aphasia and just being a kid who is probably not too comfortable with sharing her ideas out loud with a complete stranger is a recipe for disaster. And this is just the ELA.

I haven’t even gotten started with the Algebra EOC. These tests are going to require hours upon hours of testing for her, days of doing nothing but sitting in a classroom taking a test that most kids finish in just a couple of hours.

I am going to try and get the new exemption under the Child With Medical Complexity subsection for her, but I’m not sure if she qualifies. It seems like they are limiting the exemption to kids who have no motor or language function, but I am going to give it a shot. I will keep you posted on what happens. If anyone has any advice for me regarding this, I welcome it.

Conclusion from Blog Host: It’s time to fight back. It’s time to stand up and stop this insanity. I didn’t join the U.S. Marines and end up fighting in Vietnam to support a government like this anywhere in the United States. Elected representatives like these in Florida do not represent what the Founding Father’s created for this republic.

If anyone has any advice for Cathy Bacot regarding what is happening to her daughter and other children in Florida, she will welcome it. 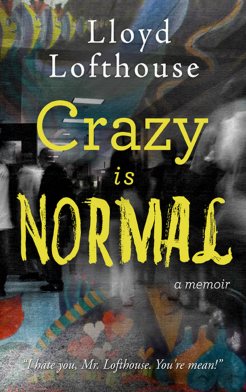