Antonin Scalia was an evil man, who was appointed to the Supreme Court by Ronald Reagan, the Prince of Darkness himself. How did this happen? Simple. The Senate majority at the time was held by the Republicans and Strom Thurmond from South Carolina was Senate Pres. pro tem. The appointment and confirmation of Justices to the Supreme Court of the United States involves several steps set forth by the United States Constitution, which have been further refined and developed by decades of tradition. Justices are appointed by the President of the United States, and must be confirmed by the United States Senate. This is done following a series of hearings in which both the nominee and other witnesses make statements and answer questions before the Senate Judiciary Committee. What’s even more disturbing was the Senate vote was 98-0 to confirm Scalia. Even though Thurmond said he wasn’t a racist, the New York timed reported in June 2003 that he was against integration. He said that ”on the question of social intermingling of the races, our people draw the line.” And, he went on, ”all the laws of Washington and all the bayonets of the Army cannot force the Negro into our homes, into our schools, our churches and our places of recreation and amusement.” 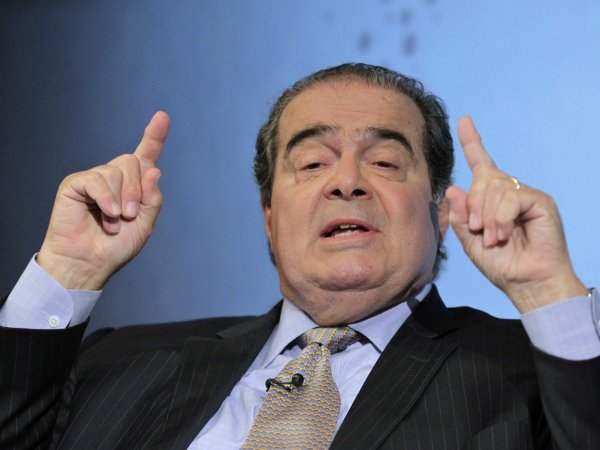 Wow! It feels so good to say that aloud!

Come on. Admit it. You feel exactly the same way.

I know. I know. Everywhere you turn, people are going out of their way to talk about the ramifications of the 79-year-old Supreme Court Justice’s death without passing judgement on him.

In his 30 years on the bench, Scalia hurt an awful lot of people. And I mean real, live people – not ideological constructs, not hypotheticals – but moms, dads, husbands, wives, daughters, and sons.

The aggregate amount of misery in the world was drastically increased by his being in it. And now that he’s gone, much of that misery may be relieved.

So spare me the shock at my title and thesis. Spare me the false praise of a truly reprehensible human being.

He was against women controlling their own…

4 responses to “Antonin Scalia Was a Terrible Person, and I’m Glad He’s Dead”